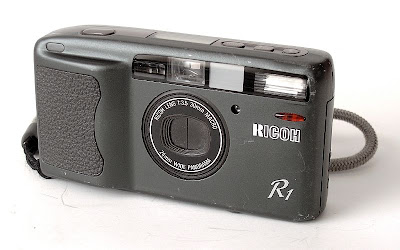 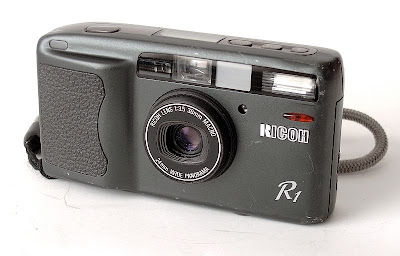 A very slim P&S from Ricoh with an aluminium front. The handgrip is the only part of the camera where is room for a 35mm film cassette. The camera has two lenses, a 30mm/3,5 and a 24mm/8. The 24mm is designed for the use in panoramic mode, in full frame pictures it shows heavy vignetting.
The R1 has a passive AF-system with seven AF points. It needs good light and contrast to focus quick. Other little cameras like the Olympus mju-II do the job much easier, the shutter lag of the R1 is long too. The camera focuses down to 30cm.
A nice feature is the infinity mode which sets the flash off and makes the R1 a great hipshot camera, especially with the 24mm/8 lens. 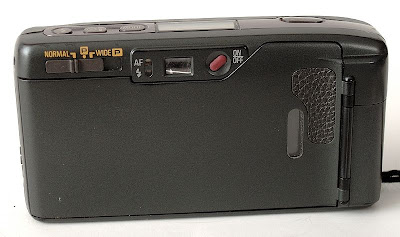 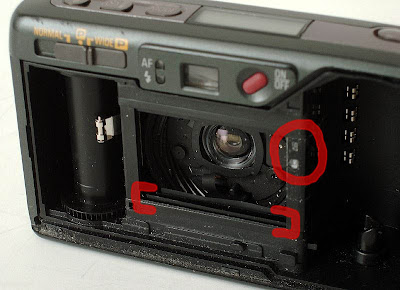 In the web there are several manuals how to block the sliders and to use the 24mm lens full frame. The simplest way I found was to put two tiny pieces of plastic in the two holes in the red circle. This lets the lens switch untouched and after doing it you have a real 24mm lens in a P&S (I mentioned before: with vignetting and unsharp corners!) I like the effect, which is dependent of the light situation and the used film. 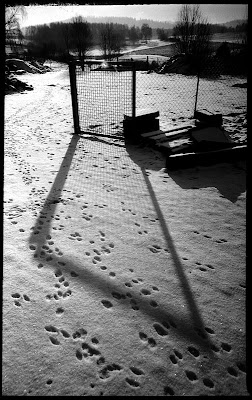 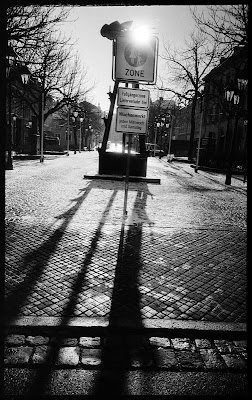 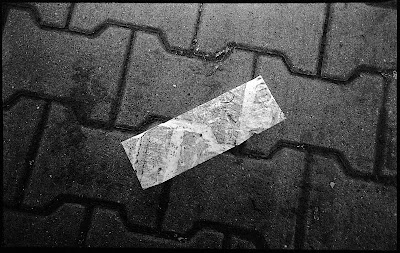 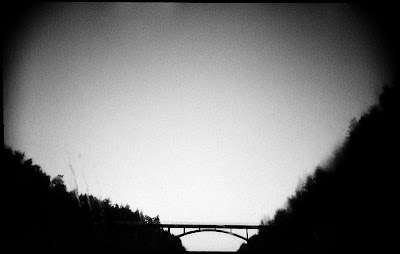 Against the sky there is a heavy vignetting 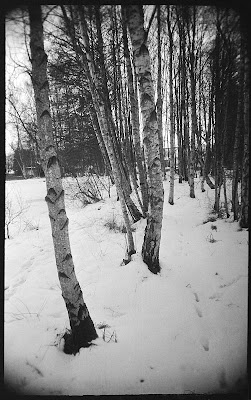 In other situations the effect is less visible.