The lost cameras (I, Seagull 4B-I)

Since the beginning of my relationship with photographic gear in 1979 I lost lots of equipment.
Some cameras died, some were sold, some I gave away as gifts. Luckily the photos survived.
The following pictures were taken with a Seagull 4B-I TLR from China that I bought in 1986 and sold in the mid 90s.
It was the model with separate transport and shutter cocking, a feature that made multiple exposures easy. The used film was the Ektachrome 64, a film with lovely colors. 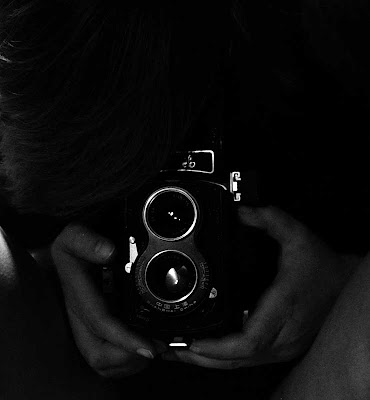 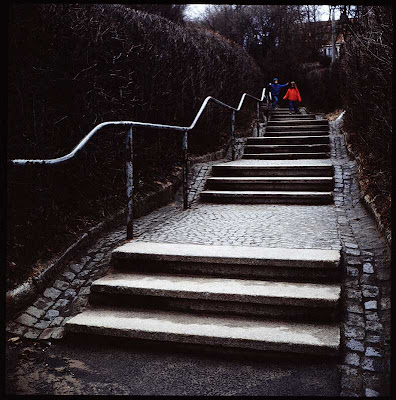 This was the only street shot I managed with the Seagull - and it was a pure piece of luck! I was composing a shot of the stairs and had just finished the settings when I heard the childrens voices. Just click and then start breathing again! 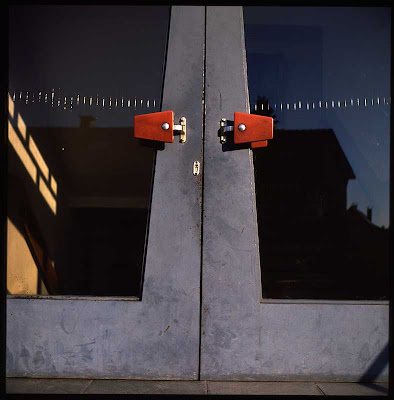 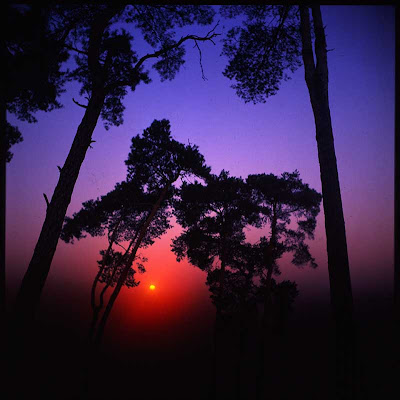 This is a sandwich of a boring sunset picture and a boring tree shot. This time the synergy effect worked well! 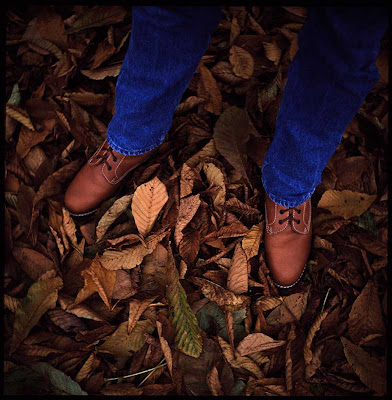