I showed my son some of my old cameras and films, including a 126 cassette and a roll 120 of Agfacolor CNS. He asked me if it could still be developed.
I knew that there are some labs that still do C-22 for insane prices, but what I wanted to know was if it could be done at home.
What I found in the net was a manual for mixing the chemicals an advice to develop the film as a B&W (which I had done before, getting blank negatives) and some discussions about using C-41 chemistry. The advices were very academical and controvers. Some told to harden the film before developing, some said the temperature had to be hold low to avoid damage, some told to harden the film before blix, some said the blix of C-41 would loosen the emulsion.

To make this short: I put the film (120) onto the reel, filled in my expired developer at room temperature and let it stand for one hour - no agitation! I did the same with the blix. On the film, that I had bought with a Agfa Box, I found four frames, somewhat underexposed but visible. They hang to dry now, scans will follow tomorrow.

Summary at this point: Stand developing at room temperature in the C-41 process gives useable negatives from C-22 films.

The examples show the color aberrations that can be expected from a film that was stored in the camera for 20 years and then on my shelf for another 15 years, estimated time! 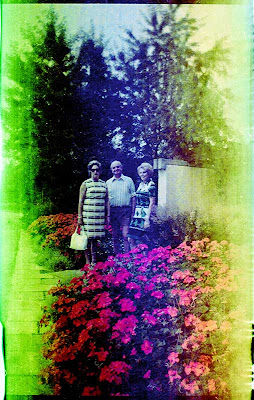 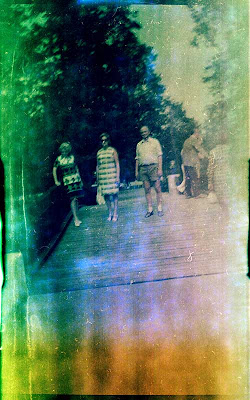 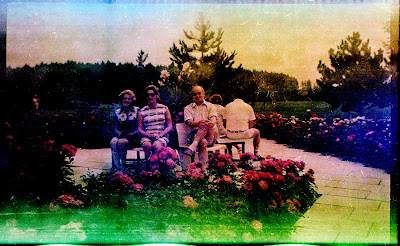