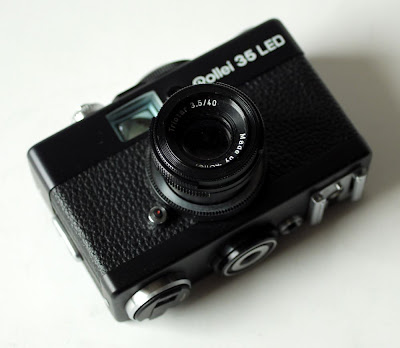 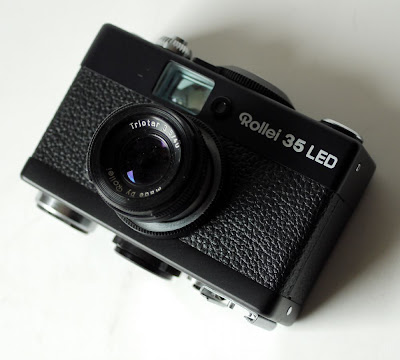 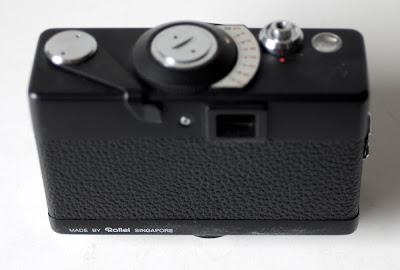 The Rollei 35LED was developed and produced in Singapore since 1978. It featured the Triotar three-element-lens known from the Rollei B35 and C35. Shutter speeds ranged from /30s - /500s and B. The camera shows the right exposure by LEDs in the finder. The meter is started by pressing the shutter halfway. To avoid battery drain, the shutter release button can be locked. This is a feature of the later models of the 35 LED.
The most annoying things when using the 35LED are the misplaced finder and the fact that the lens release button is placed beside the lens, not on the top as at the original Rollei 35. You waste too much frames by releasing the shutter instead of the lens when you use both cameras.

(rant on) The Waaske design of the original Rollei 35 was is perfect, so any "enhancement" was is ergonomically a desaster (rant off) 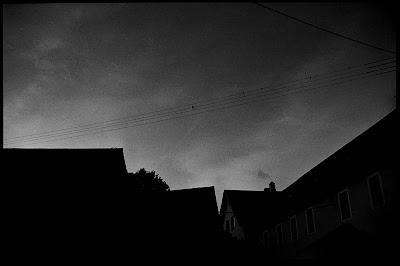 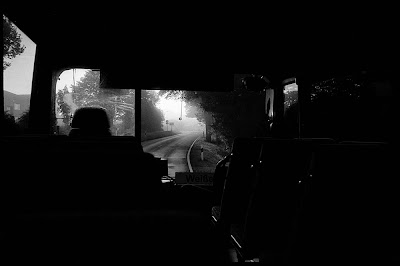 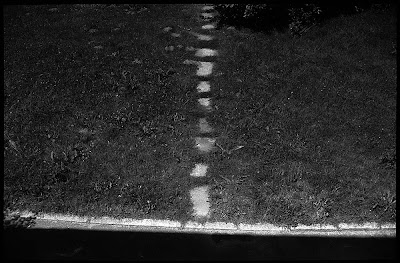 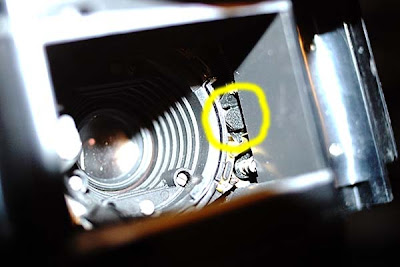